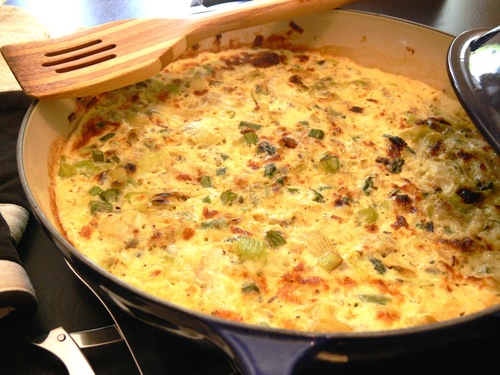 I recently had the pleasure of meeting this frittata, I mean Kristyn, at a bachelorette weekend brunch. She served it alongside bacon, fruit salad and home-made cinnamon rolls (but I’m pretty sure I had 4 helpings of frittata and not much else). I immediately knew that I had to have the recipe. It was not only delicious but chock full of fresh seasonal veggies! Thank you Kristyn for introducing us, I have a feeling I’ll be seeing a lot of this tempting egg dish. I have already made it twice this week.

Tip: This cooks pretty quickly so I like to have everything chopped and measured before I start cooking.