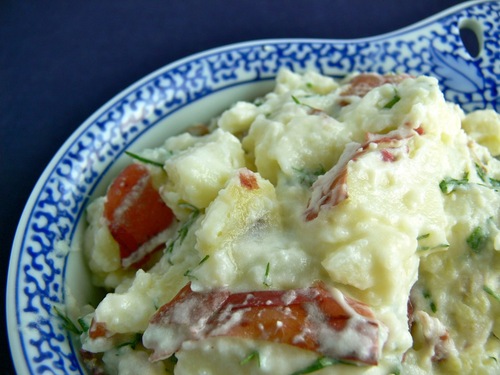 Despite the fact that the average Norwegian eats potato salad quite regularly (at least once a week, sometimes everyday) I have never found a potetsalat recipe in any of the Norsk cookbooks I have come across. The primary use for potato salad is as a topping on hot dogs or as a spread on open-faced sandwiches.

*A note about sour cream
Normally I would replace the sour cream with fat free greek yogurt, but Norwegians REALLY like their sour cream (at least mine does) and this would be an unacceptable substitution.